TCPA Violations And Penalties – What Are They; How To Avoid Them? 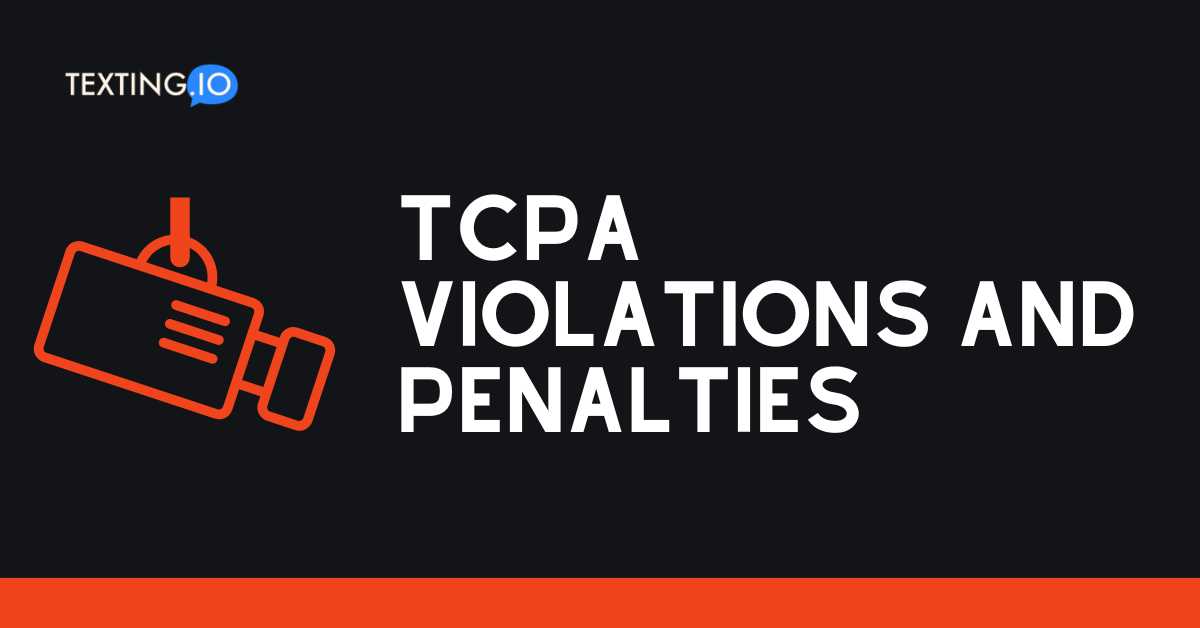 Did you know that violating a TCPA (Telephone Consumer Protection Act) regulation can cost you up to $1500 per violation?

Imagine repeating that for 1000 customers!

Don’t do the math; the sum is scary.

Bottom line: TCPA violations should be avoided at all costs; don’t waste millions of dollars paying fines you could EASILY avoid.

You could have invested the money in your business or customer retention.

Unfortunately, many businesses still fall into the TCPA trap. For example, ViSalus was recently charged $925 million for TCPA violations.

We don’t want such a scenario for you. That is why we took it upon ourselves to write this post.

Here, we will discuss all there is to know about TCPA violations and their attributable penalties.

What Are TCPA Violations?

Do Not Call (DNC) Registry

As the name implies, the DNC registry is a list of numbers registered with the TCPA. The users of these numbers specifically asked not to be disturbed by telemarketers.

So, unless you get consent from the user, it is illegal to call or text a number on the DNC registry.

But what if the user was a loyal customer that only recently joined the federal DNC registry?

Whether your customers opt into the DNC registry (or not), you must seek consent before sending pre-recorded voice messages to them.

If possible, do away from pre-recorded voice messages altogether.

Hire a REAL person to talk to your customers if you can’t do it. Here is why:

A call agent can weigh the opinion of your customers just by their responses. Even better, s/he can sway “contrasting opinions” in your favor.

Nevertheless, pre-recorded voice messages are not banned.  But if you must use them for your business, seek your customers’ consent first.

Automated dialing (also known as robocalls) involves using auto-dialers to call or text prospects. They (auto-dialers) can generate numbers randomly and are often used to reach numerous users at a go.

So, by that definition, automated dialing violates TCPA conduct. How so?

There is no consent from the auto-generated numbers. Besides, automated dialing is like illegally purchasing email lists or lead phone numbers. Avoid it!

Overall, any call or text to a user without prior permission violates TCPA regulations. And such will attract a penalty.

That said, let’s talk about the specific penalties violating TCPA conducts will attract.

The Penalties Of Violating TCPA Regulations – With Examples

TCPA violations are charged on a per-call basis. And the standard is $500 for each violation.

But there is a twist in the penalty for violating TCPA regulations.

Here is what we mean:

Sending an old customer a text not knowing they had opted into the DNC registry.

Using auto-dialers or willingly texting numbers on the DNC registry.

Note: TCPA violation penalties can grow into millions, depending on the number of users reached.

In fact, there are several cases of TCPA violation penalties growing into millions. Here are the two notable ones:

ViSalus, a Michigan-based health supplement marketer, was charged $925M for TCPA violations in 2020. This case recorded the highest penalty to date.

ViSalus used robocalls/autodialers to reach about 1.8 million users. However, the company was only charged $500 per user.

Imagine if ViSalus got the “treble damages”!

Funnily enough, despite the “reduced damages,” ViSalus’ attorneys asked that the penalty be further reduced  because the quote would crumble the company.

Unlike ViSalus, Dish Network didn’t commit the robocall/autodialer violation. In contrast, they called the numbers on the DNC registry.

But while users claimed that the violations were intentional, the Dish Network Case penalty was reduced to $400 per call. Even at that, the company still paid a whopping $341M.

Note: The Dish Network claimed that their telemarketing provider was responsible for the mistake. In other words, choose your texting service provider carefully.

In addition to choosing the RIGHT texting service provider, you still need a few steps to be TCPA compliant and avoid penalties. This next section will guide you.

How To Be TCPA Compliant And Avoid Violation Penalties?

Many businesses don’t go about trying to violate TCPA compliance. Often, the violation is a result of negligence such as:

But beyond avoiding the negligence culture, you must invest concerted efforts to be TCPA-complaint. The following tips can help:

Make It Easy For Customers To Opt-out

TCPA violations aside, it is standard practice that businesses give customers an out from all subscriptions. And while you’re at it, make the opt-out visible and clear.

Beyond opt-out, TCPA even mandates that businesses have a designated number where customers can register their do-not-call decision.

Note: logging do-not-call decisions over the phone could help prevent penalties if customers sued you wrongly.

Further reading: What Does Opt-in And Opt-out Mean In Text Messaging?

Making opting out easy for customers is not enough to be TCPA compliant. You must create systems to monitor the ongoing communication.

About the “systems,” start with a checklist that details the dos and don’ts for your employees as regards TCPA regulations.

Furthermore, create a team of 2-3people to oversee TCPA compliance within your company.

Now, you might be wondering, why all these “systems”?

With well-defined systems to counter TCPA violations, you will have fewer occurrences. And even when the “occurrences” occur, they will be unintentional.

In other words, your penalties can be reduced – like the Dish Network Case.

One of the duties of your TCPA compliance team should be to check the DNC registry. The chances are that your leads had joined the list since they subscribed to the texting service.

As a rule, always check the DNC registry every three months.

Overall, TCPA violations and penalties might seem harsh. But they are not.

Without the rules, customers’ privacy will be invaded, and there will be no control over scammers.

So, don’t hate the system. Instead, create facilities to counter the violations within your organization.

Get started today with a 14 day Free Trial (no credit card required), including 50 free texts and a free Toll-Free number.

Have you ever been in a frustrating situation where you texted a business support service for an urgent request, and you didn't get feedback until after many days? You...

Text messaging has become prevalent in today's marketing industry. Due to its speed and convenience, text messaging is now used for communication between businesses and...

What is Text to Landline?

The rise of cell phones caused landlines to take a step back. Though their use has declined, they have not completely become extinct. Text messages have proven to be an...